As for another proof of geography’s reign on the human matters, as soon as was left the flatness of the Pô’s delta, as soon as went humpy the earth like a riffian wool carpet flippantly pushed away by the foot of a giant, as soon as had risen a thick forest of persistant trees, jutted out hither and thither heavy blocks of marbled rock, did the Janusean toponymy split itself and present, beside her latin vein, her Slav profile.

Bilingual from its architecture up to its markings, the territory continuously pointed out to me its twin rivalries. Came from nowhere, planted in the exploded glass fiber that would punctuate the trail, dominating a narrow turn, ready to jump as in an ambush, two wolves. Beware, intrepid wanderer who would surprise yourself dreaming of a Saxon or Slav spirit, for Urbs here watches over, and by reminding you vaguely about its legendary origin, announces as well the price of a defiance to Augustus, in Tergestum.

Or, is she trying, there, where in plain letters appears the enigma of lineages concatenation, to ward off in vain the barbaric invasions, to contain unsuccessfully those mingled streams now, and for the times coming, irrigating the lands harshly cut of that eurasian isthmus ?

And can it be, as I’m hurtling down in one go the Strada Costiera right into the lair of that tricephaleous and glutton Trieste / Tergestum / Trst, onto my east gazing regularly, that the sea so quiet stays, that within it shall rest sincerely pacific cargos, not the least agitated by any swell nor bora, can it really be that the Adriatic such steamy a surface can be, a marine plain, pacified like the thick and milky beverage long after it has been poured into the cup, however still uttering misty heats ? You Sea, who perhaps sheltered more bloody and dreadful battles than those which covered with vermilion, ebony, the white gold of the alpine arc under the steps of crowns and the weary soles of soldiers in their heavy coats, is it possible that so deeply you sleep, so innocently, might it be that peace now rules in your very heart and on your shores?

Oh, what think thou! She’s nowadays a theater of less glorious dramas, and the wide open eyes of fresh corpses in the bottom of its waters, piled up on adipowaxed Ottoman armies, Greek, Italian, French and how many others, could well bear witness to whom knows how to see through the horrified flapping of a stiff’s soul windows.

Like yesterday, and again, as tomorrow it will be, the Europe of the Nations and Identities is incised in its peninsular physique by a traffic of terrestrial bloods: people’s migrations answering, in an umpteenth bounce on the strips of a worm-eaten corpse-billiard (a french play on the word « corbillard », hearse) to the looping forceps of the imperial talon of the unified Market, crudely dropping each day its share of little bones and crushed worlds. The center, by natural splitting, having spread its ivory logics on almost any point of the baize, is now striped through and through with their slanted repercussions, chalky incidences on the pleated felt of a table, made of English oaks, of Californian sequoia or of Landes pine.

Yes, as for who roves about in the emerald valleys, the earth is flat like the green felt of an american game, deployed on that imposing piece of furniture, lit up by a low thermonuclear ceiling light! From its hidden architecture are slipping away curls of an industrial merchant smoke, darkening the solar neon tube. One can follow with sometimes misty corneas the never-ending rebounds of cultures and facts, after the original cue stick jolted. Occasionally, a ball in the darkness of a pocket falls, but it might be that a feverish Jupiter quickly fishes out the orb and puts it back on the center surreptitiously arrayed with another colour, another number, or might it be an automat in perpetual motion, or yet a hologram, and who knows if the noise of the civilisations shocks does really sound, and by whom it may be heard?

I’ve heard that, in order to contemplate the telluric roundness that serves us as a housing, cerulean sphere falling free and numbered 3 (My Very Easy Method Just Shows Us Nine Planets), one has to be a sailer at the height of the mast, or a fighter pilot, though the drone pilot had recently lost the privilege – thus without doubt his existential nevrosis, or better, an astronaut, and soon enough, a martian.

But let’s speak about happy things.

Do you know which flowers on the borders, not those of a billiard this time, but of a tarmac trail, which plants welcome the impatient pedicyclist arriving in Trieste, thinking of Joyce and Rilke, of Jason and the argonauts, of Vienna and Bratislava? Daffodils in winter. My favourite flower, was a time. Their golden-brown glares powerfully competes with the irradiant beauty of the town I’m discovering, for it’s my turn to play. 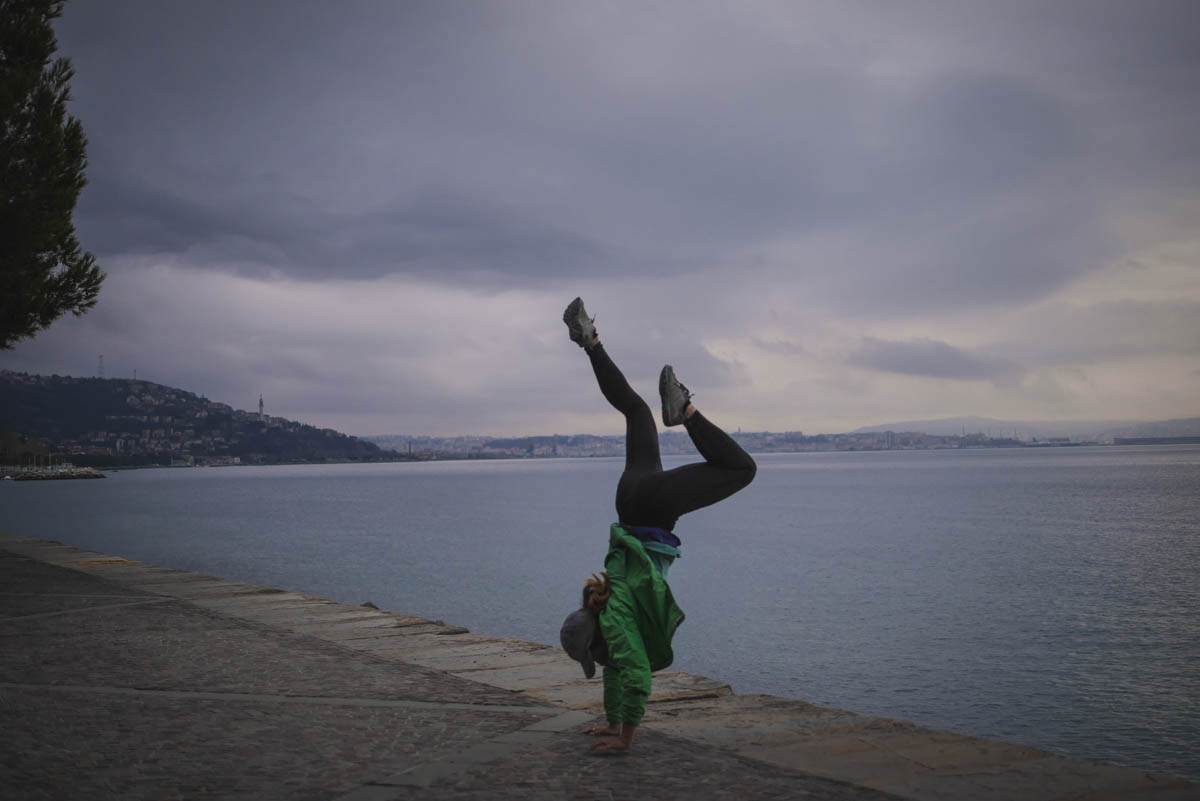 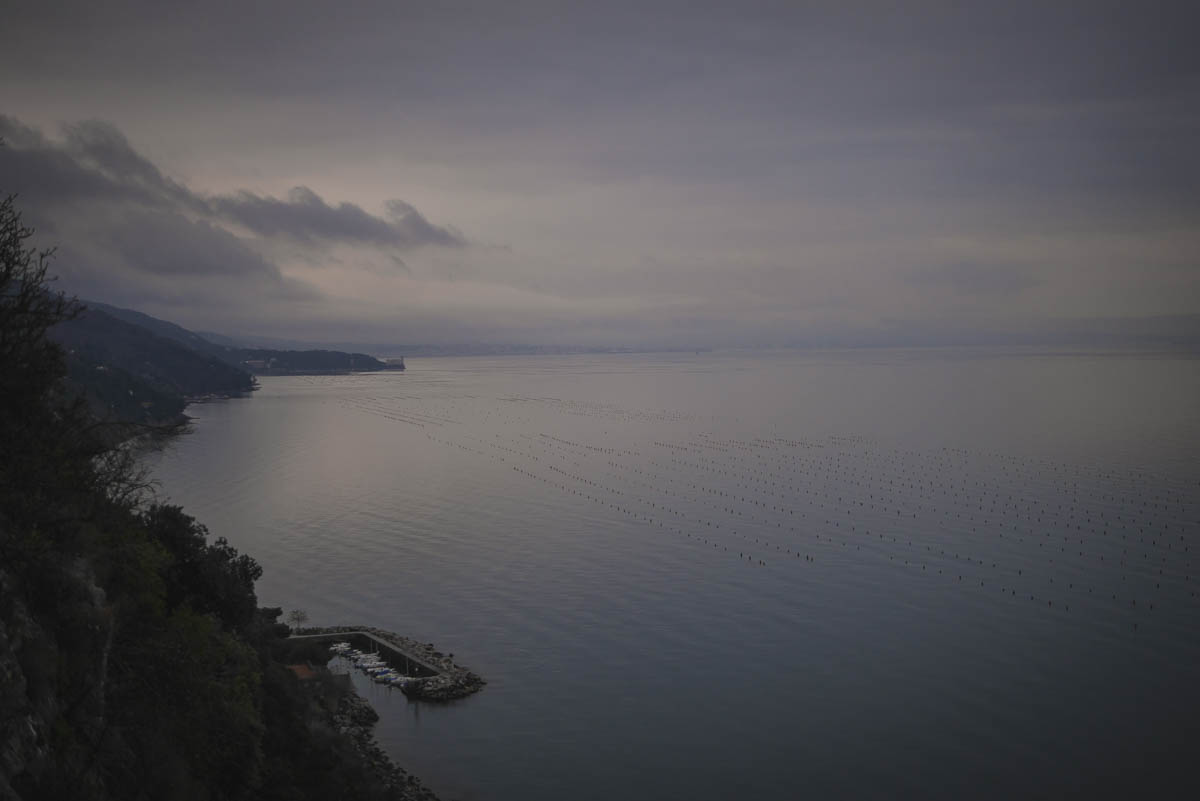 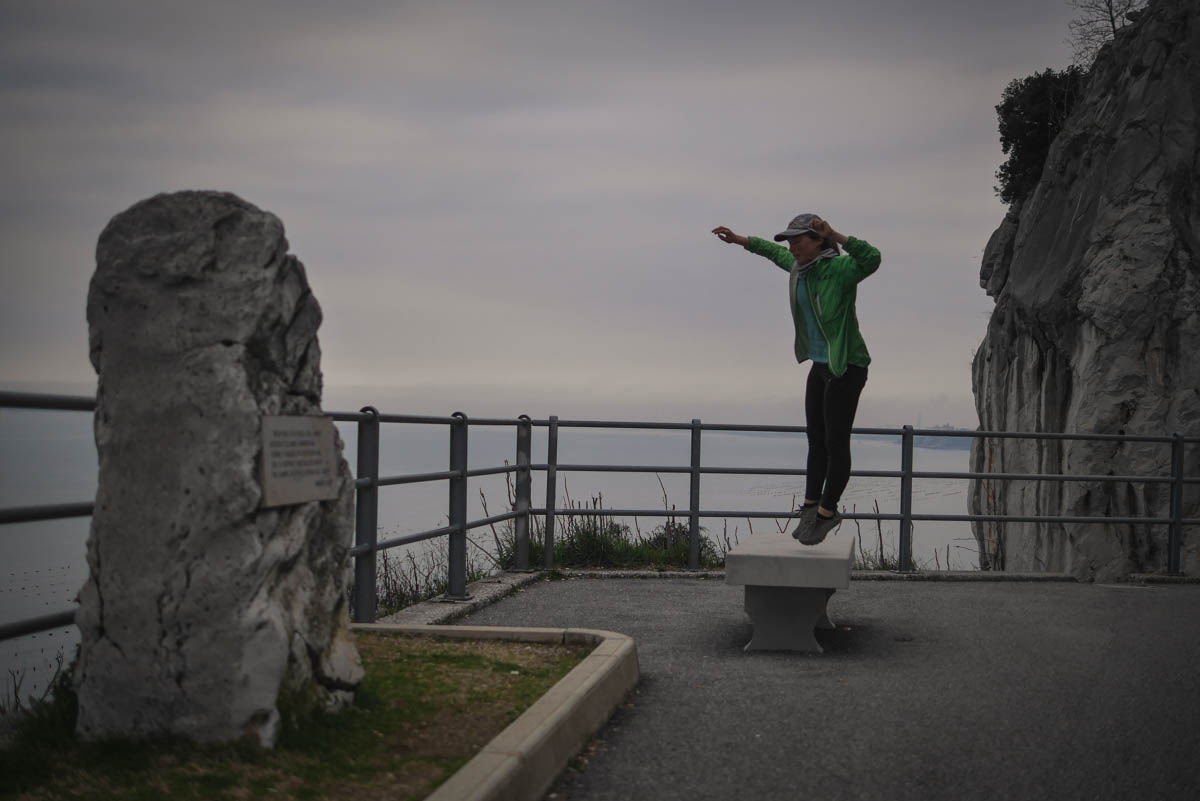 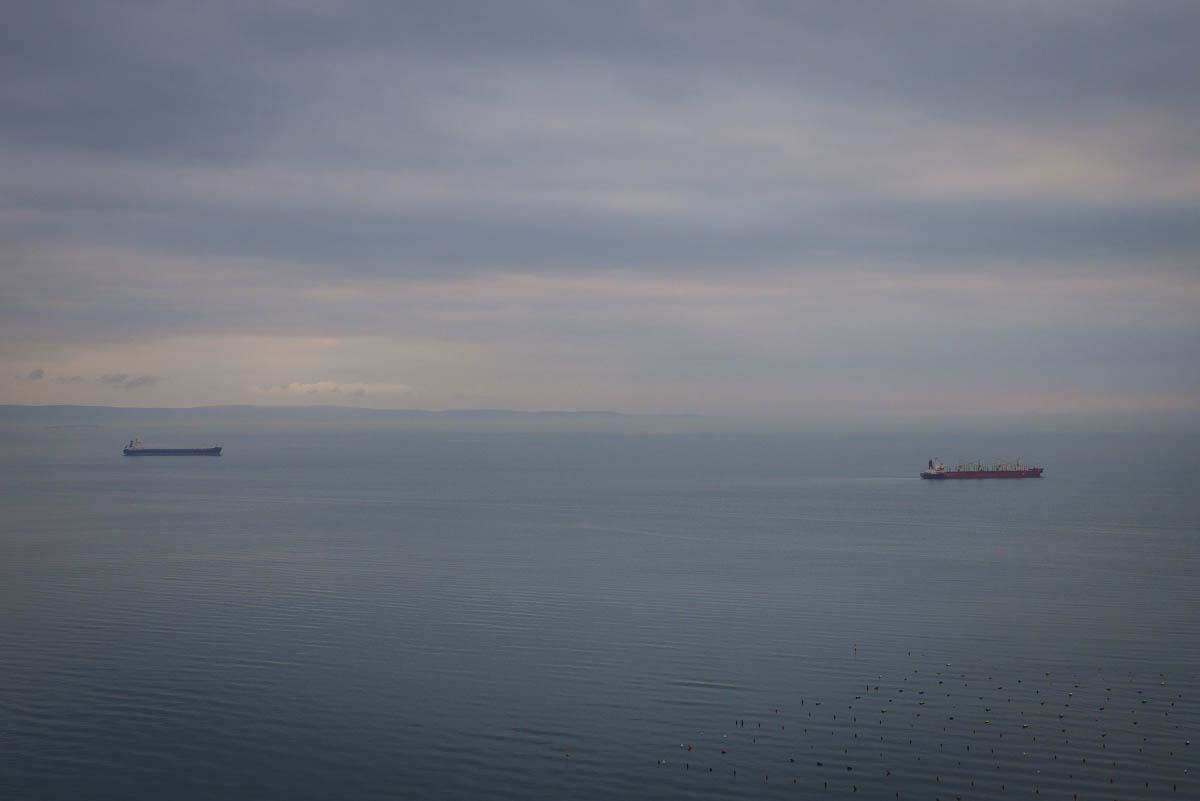 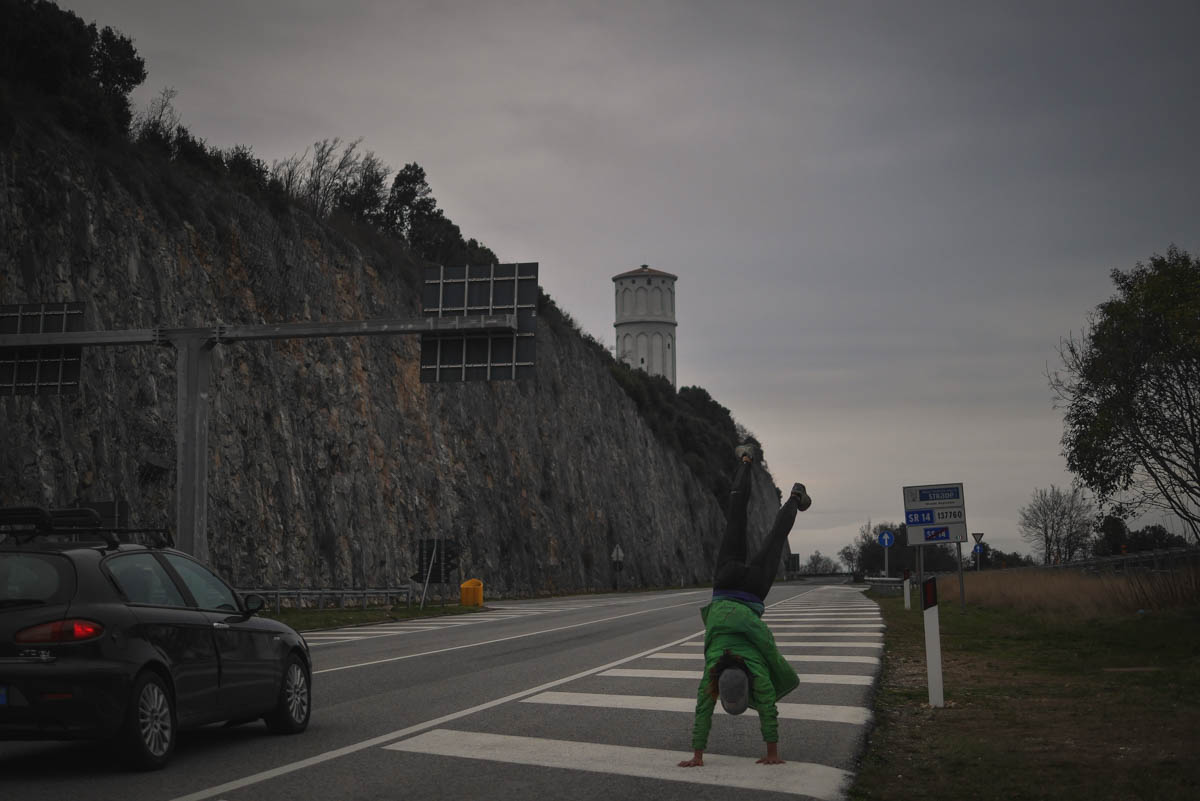 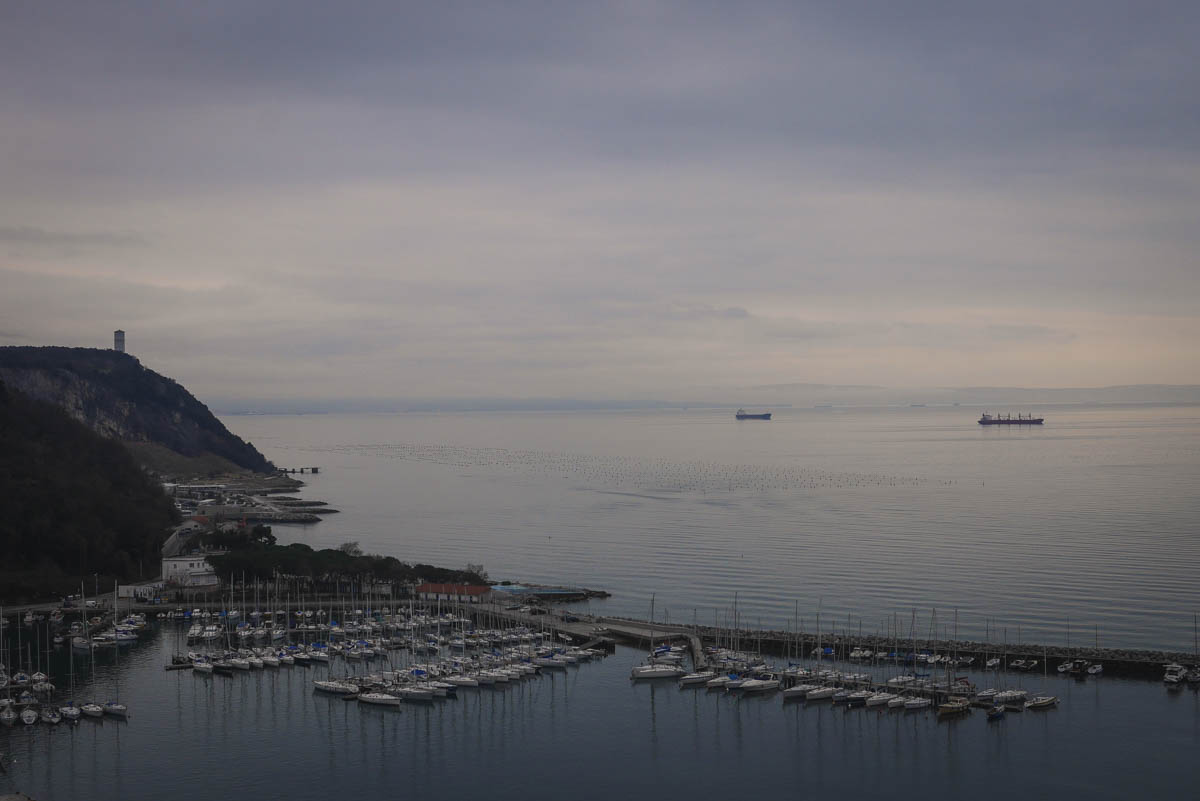 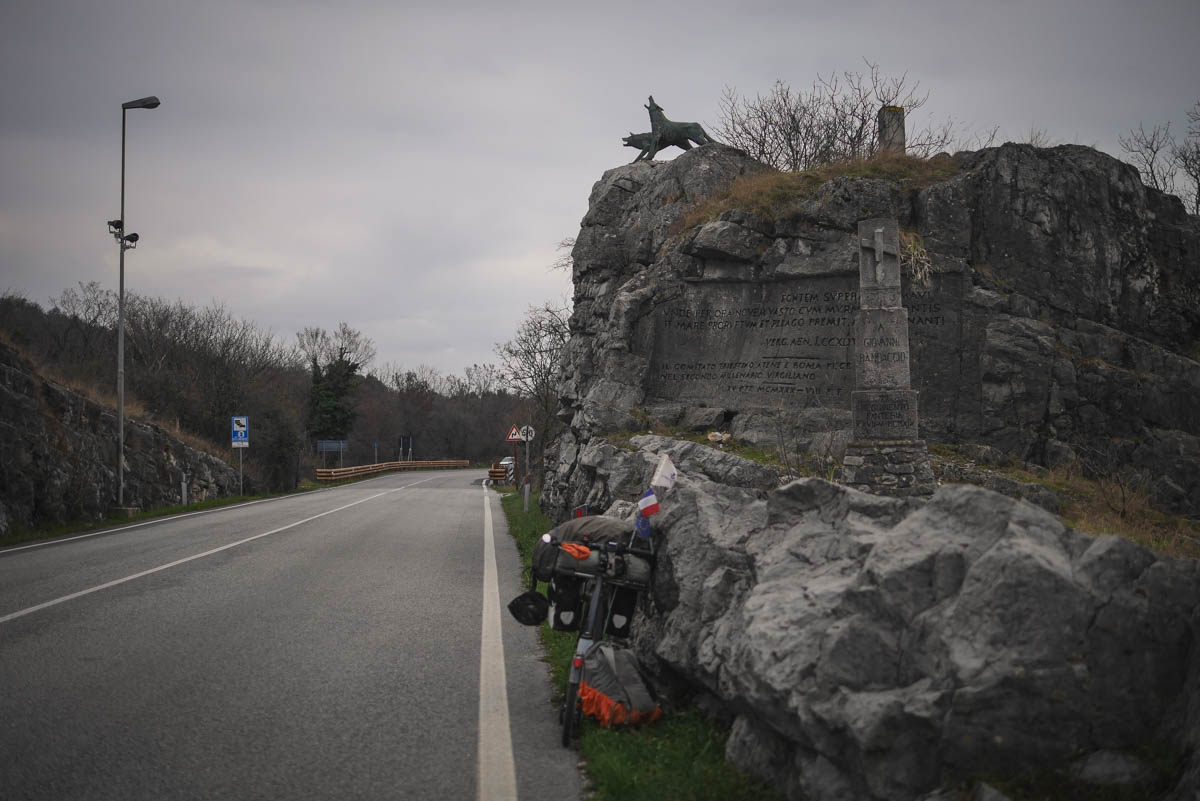