The last pictures from Latvia, between Riga and Ainaži. And a very surprising thing that Anna, met in the « Small Paris », reveals about my name in her language.

Anna was a professor of French Literature in Riga’s University, after which she worked in the National Library. When she sees my small flag, as I’m kicking out of the city under very high temperatures, she rushes on me and throws an incredible conversation. She speaks marvelously French, with that particular refinement showed by people who appreciate so much speaking a foreign language they’ve put hours into studying and practicing. She has a biting accent reminding me of that from the Morvan, nearly rural, in the same time as she speaks of a highbrow family history. She says « une farouche révolution ».
Her maternal grand-father, half-russian, a poet celebrated in the papers, still waiting for his true hour of glory, experienced the Goulag in Siberia. Before that, he was a first zealous translator of the grand Finnish epic poem, the Kalevala, to the extent that the government of Finland offered him the most prestigious distinction for a citizen. A word from Lenine, reminding him of the fraternalist core of any ambition, and not individualist, was enough to make him refuses the prize. It’s him also that suggested the colours of the actual flag of the country. Anna’s eyes are pale and intense like a winterish Baltic in which one would dive after a very long run. She’s blond as the wheat I’ve seen grow and mature for the last weeks. She is modest, yet animated by an incommensurable ardour. I can feel all the passion she puts in speaking about this high figure of the family, and, though we did not know each other two minutes ago, a strong and intimate bound grows between us in a few instants, as our own stories, personal mythologies blended in the historical and territorial histories are unveiling themselves quickly, in an intimacy suspended at the crossroad of a burning boulevard, during an hour, surrounded by buildings in the most ravishing Latvian styles, about which Anna cannot say enough compliments (I asked if they were Prussian baroque !), in the heart of that ancestral city showing off so much colours and aesthetic baits.
Her grand father shouted one day, after he had discovered russian cottages he judged pretty fragile : « us Latvian, we know how to build a home! ». And true, I noticed when I passed the border from Lithuania, that despite a continuity in the traditional architectural manner, the countryside wooden house, often painted in vivid tones, with a high and large roof, took here more imposant and thickset dimensions.

Anna has something against the Russians. And yet, she has Russian blood running in her veins! Maybe is it due to her Russian father, about whom she tells that he disappeared early in her life, to reappear only years later, daring a trip to Riga, saying in a riddle that he had came here for her, which she would understand only much later. After he committed suicide. In sweat and in tears, there is always something a bit salted. I hold her shoulder. We speak close from one another. She represents the story of the country, and is at the same time an incredible woman of bones and flesh, who predicts (familial tradition) that the next great political event in the area might very well be the migration of a third of the population to Russia, perhaps under the surveillance of the ONU. Yes, for of 2 millions of inhabitants, a third are Russian people. And for Anna, people that don’t want to integrate at all. That are not willing to let be the unexpected cultural chimaera that blossoms when populations are melting themselves, with their respective traditions conversing, ending in a common language that strengthen and make an identity. She tells me that it is a woman, president of Latvia, that gave back to the country all the splendors it concealed, after the fall of the Berlin wall.

This small woman getting out of the church, yet who celebrated Midsummer yesterday night, is illuminated when I show her the wild berries that I picked in the morning, before breaking camp in the forest. No more is needed, she eats them with a greed that ravishes me, and makes me think about the deprivations endured under the Soviet regime, and about the striking way, but I needed to cross many countries to finally get it, in which daily goods shops are, in former communist territories, so often trapped, even dissimulated in places that ressemble small houses or depots, with higgledy-piggledy products. I think too of the survival of cultures that take place in the secret of the alcove, in the shadows of monasteries, where softly shines the gold of the icon art, in Bulgaria, in Serbia… like a fragile flame behind the window, surviving to the great colds, on the pane making condensation drip, hiding the interior scene from the inquisitive look.

When the time comes of saying goodbye, she reveals something, maybe a confirmation of destiny. When I say my name « Blandine », she says in Latvian : « Blandities, es blandios! » To wander, I wander! 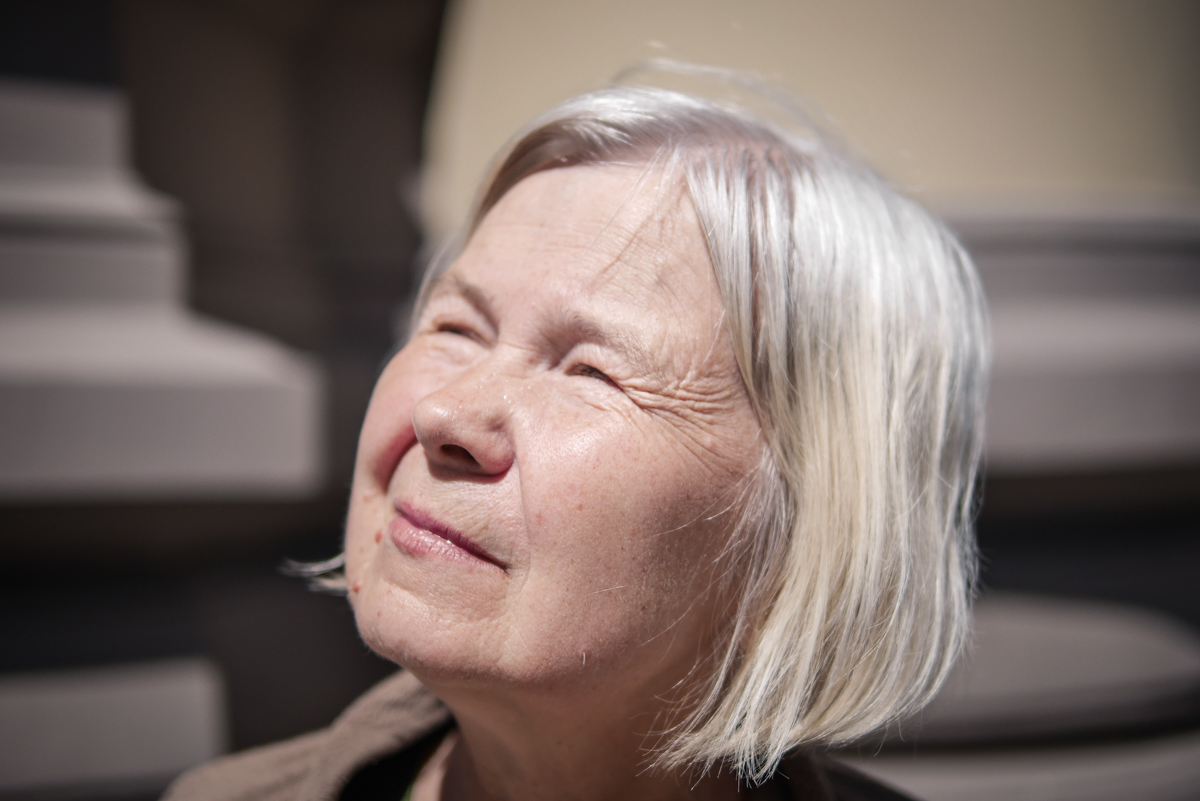 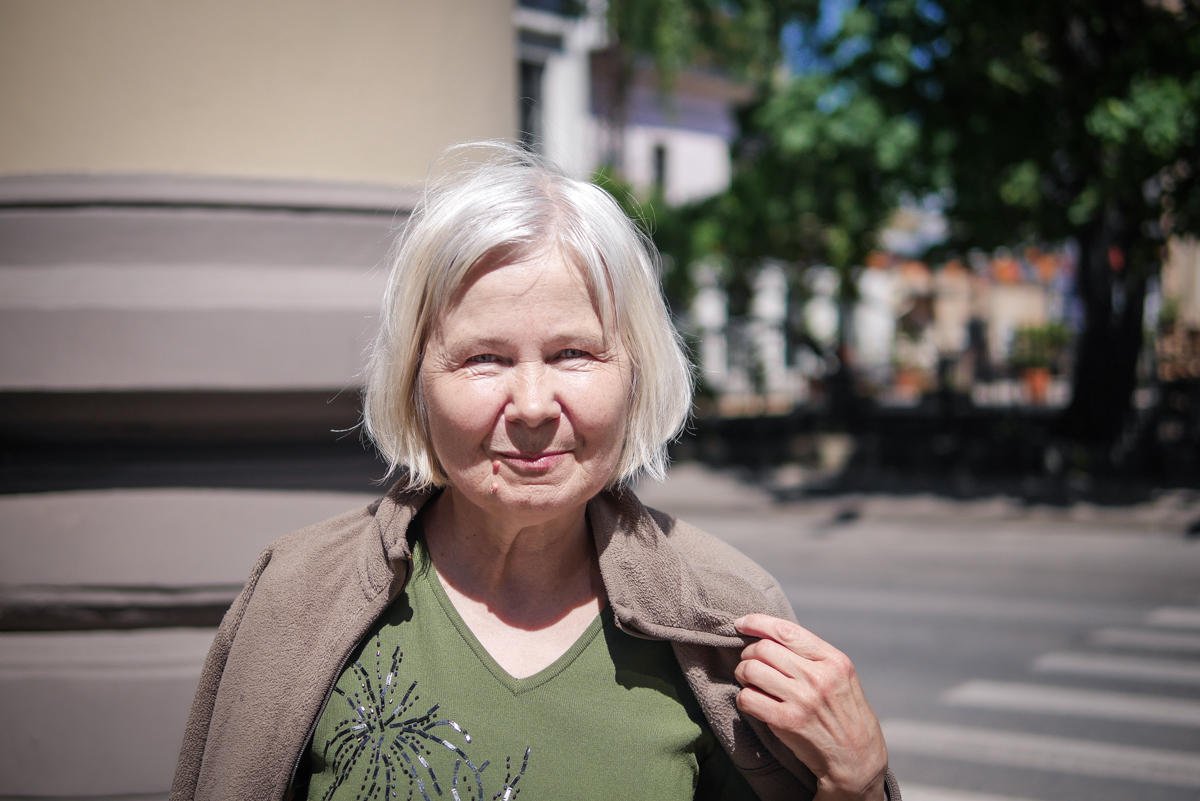 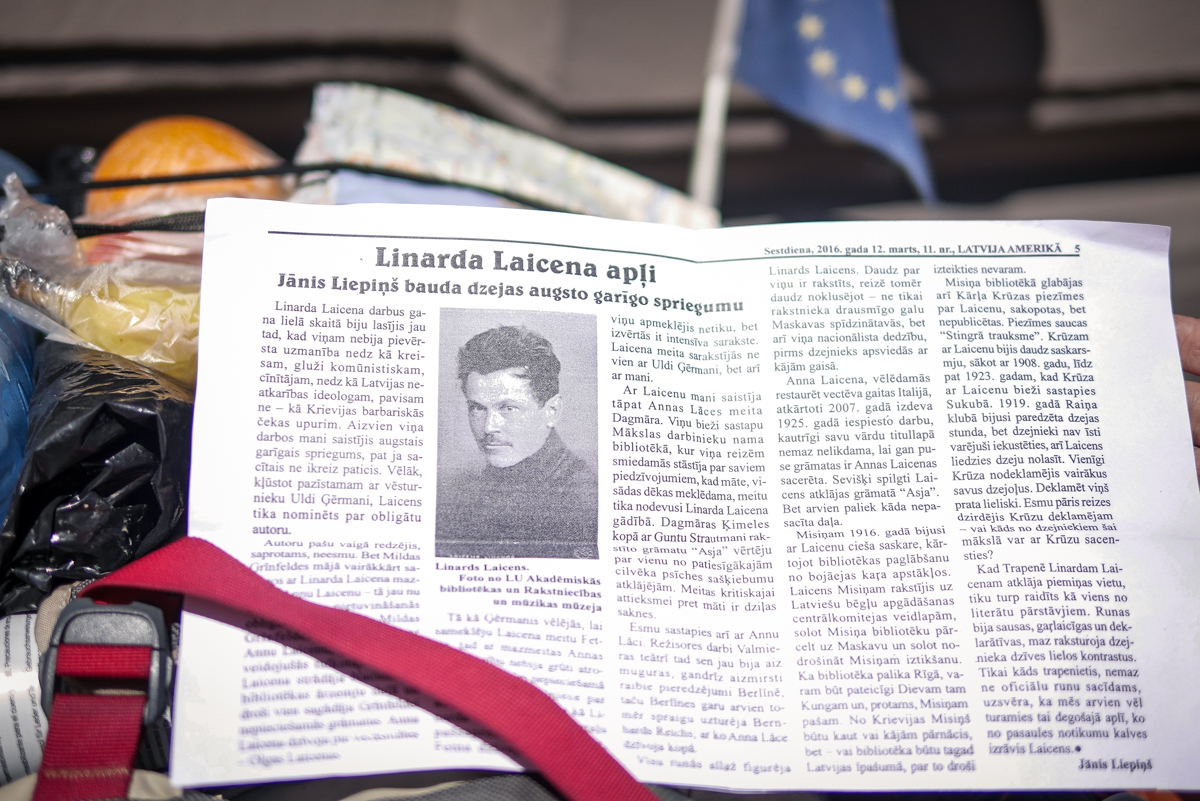