I promised some news concerning the next part of the adventure, and here they come!

I contemplated only good reasons to keep on living and sharing the paths of a « simple life », and it will be by progressing around the Earth, still on the footbike, by myself, without plane!

There would be numerous legends and names to drop which would put under their auspices the imagination of the explorator about to set off on such a long journey that she should end up walking in her own footsteps.
Eventually, it’s from a painter, Magritte, that I kept the enlightened vision (transposed to the journey), in order to announce that I was going global!
« My [journey explores] the world with which I’m familiar again. In short, it is the world in which we live without the generalities that make him unfamiliar. »

If you already want to discover the odyssey in broad outlines, and why not help me launched the adventure, the coming-soon of « A Simple Life – World Open Tour » is online: 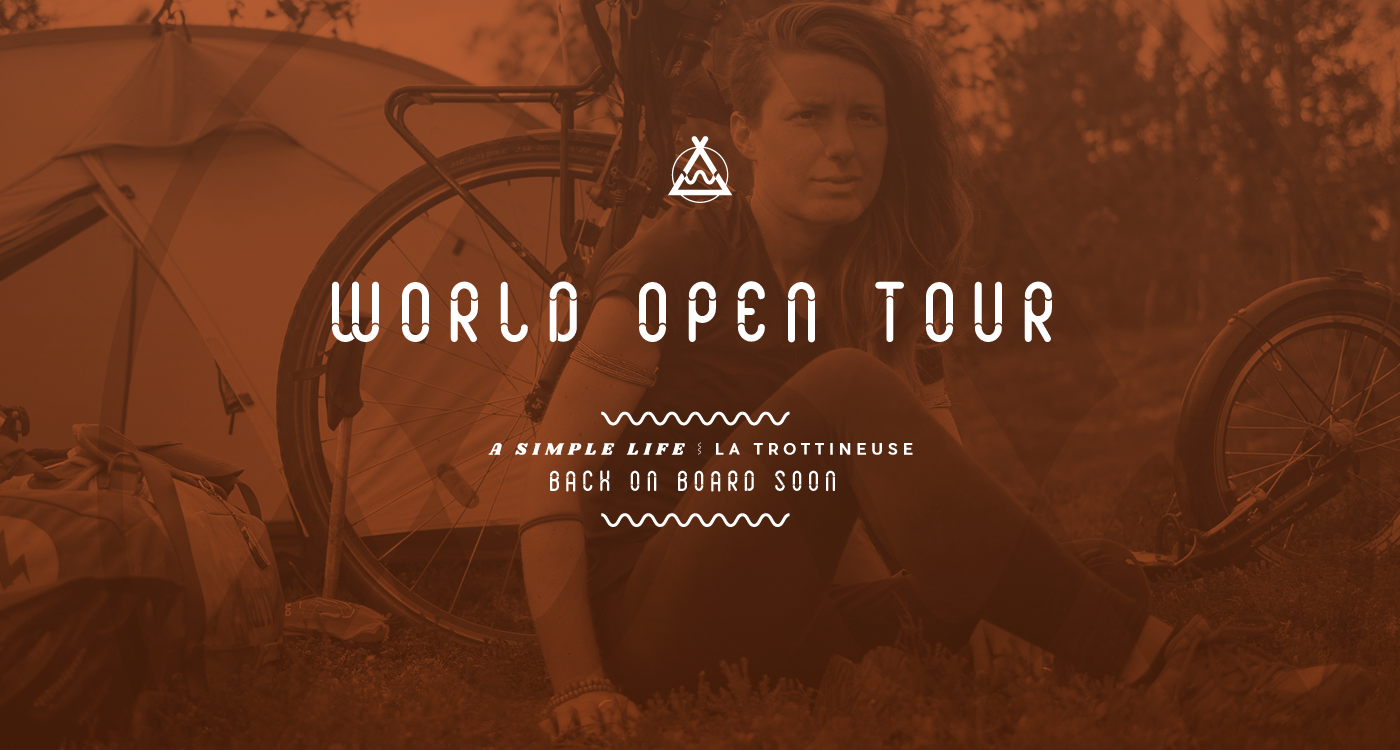 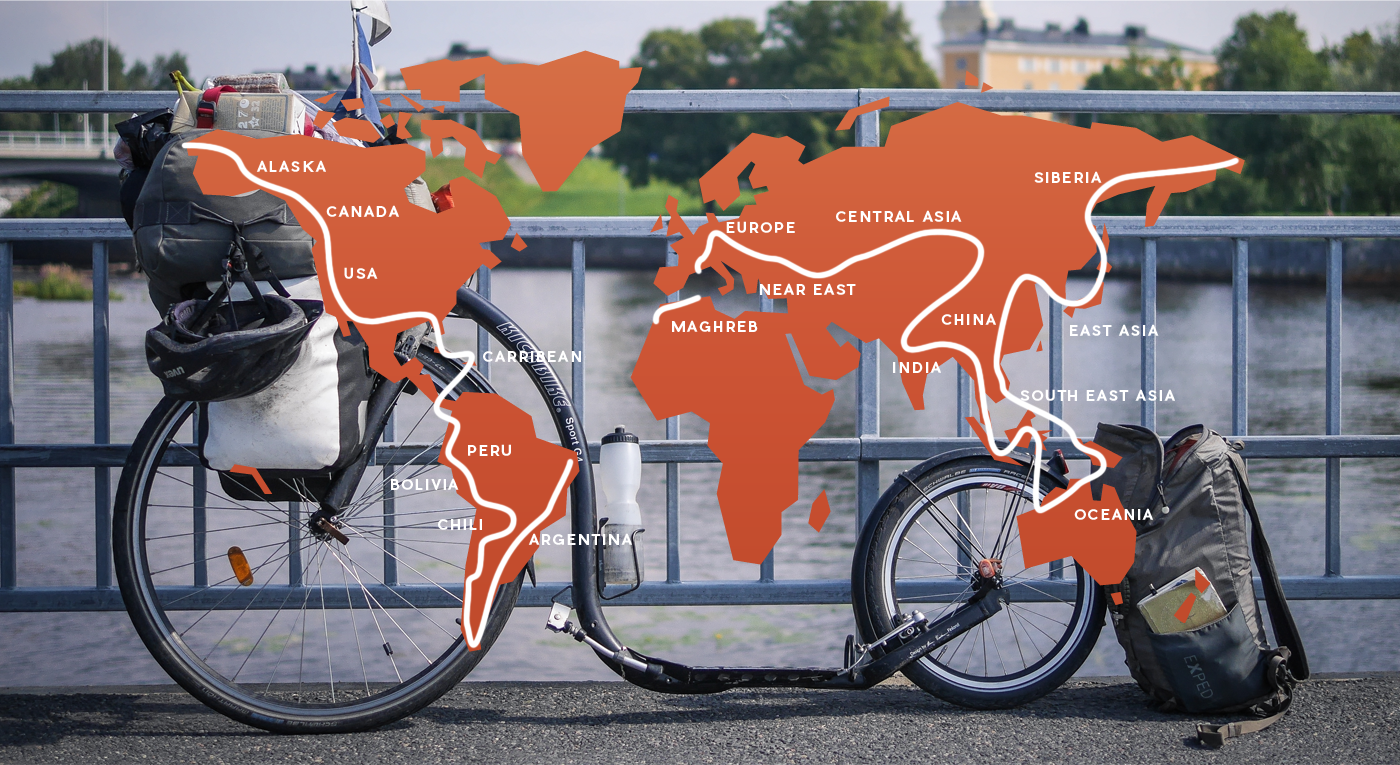